I dont like doing “Upgrades” of Windows versions, I prefer to install them fresh. By doing this I also get rid of all the stuff which is pre-installed by the hardware providers which by the way is usually is not useful.

In the past, reinstalling a computer was very easy, simply download the media creation tool that you prepared before in another computer with the Windows 7 or 10 image, plug it into the new computer, boot it up, follow the instructions and that it.

Unfortunately since a while Microsoft and hardware providers decided to make things a bit more difficult in these cases, and they started to include the license of the device in the BIOS. This way, when Windows needs to be re-installed, the screens where you would usually select the Windows edition, and enter the Windows License key, wont show anymore.

How to fix the problem?

1 – Create a Windows Media Installation USB drive. You do this by downloading the Windows media creation tool from Microsoft here. Dont worry, you wont be able to select a specific version of Windows like it was in the past, now all versions are included.

2 – Once the USB has been prepared, you need to add 2 files into the “\Sources” folder of the USB drive. If you like just download the two files from this zip file I uploaded here. Otherwise follow the below steps to create them:

2.1 – The first file would need to be called: “ei.cfg” and you need to add the following 4 lines of content in it (you can use Notepad)

2.2 – The second file needs to be called: “PID.txt” and you need to add the following 2 lines of content in it:

3 – Make sure you saved both files and with the right extensions, the first one should be .CFG and the second one .txt.

Note that the above license is a generic Windows 10 Pro license, its used to tell the installer you want to install a Windows 10 Pro and then you would still need to activate your version with your own key.

4 – Plug the USB drive to the computer you want to reinstall and follow the on-screen instructions. While you will not be prompted for a Windows version to install, the default will now be Windows 10 Pro.

I would have appreciated if Microsoft would give you the option on the interface to specify another key different from the one included with the computer or a checkbox called “Dont use the digital license included with this computer”. This would have definitely made things easier.

Now you should be able to have your Windows 10 Pro installed. I recommend you to have a look at ninite.com which allows you to select the most common free software that one usually installs on a computer and download it at once.

This site uses Akismet to reduce spam. Learn how your comment data is processed. 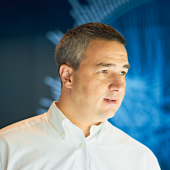 I am passionate about technology and how it helps people on different levels. I was born in Argentina, but live in Switzerland since several years now. Through TheOnlineCorner.com and ITCentralPoint.com I write about tech, innovation and how it is transforming our world.

How to control shelly 2.5 relays with alexa and IFTTT

Blazecut keep fire away from my 3d printer and my house

Collected Notes, an innovative notes taking online service that enables you to blog

This website uses cookies to improve your experience while you navigate through the website. Out of these cookies, the cookies that are categorized as necessary are stored on your browser as they are essential for the working of basic functionalities of the website. We also use third-party cookies that help us analyze and understand how you use this website. These cookies will be stored in your browser only with your consent. You also have the option to opt-out of these cookies. But opting out of some of these cookies may have an effect on your browsing experience.
Necessary Always Enabled
Necessary cookies are absolutely essential for the website to function properly. This category only includes cookies that ensures basic functionalities and security features of the website. These cookies do not store any personal information.
Non-necessary
Any cookies that may not be particularly necessary for the website to function and is used specifically to collect user personal data via analytics, ads, other embedded contents are termed as non-necessary cookies. It is mandatory to procure user consent prior to running these cookies on your website.
SAVE & ACCEPT